Posted by hometheater365 in LoudSpeakers, Review on March 5, 2020

“Admittedly, I’m starting to regret the fact that I never tinkered with tweeter pivoting when the speakers were simply employed as part of my Atmos setup. I figured a forward position was appropriate. But repositioning them is so easy, I can see now that some fine-tuning, even as surround back channels, may improve performance depending on the room and location of the speakers.

At one point during my stereo listening, I disengaged the subwoofers to see how the 100IW6 would handle the deeper end of the sound spectrum on their own. Surprisingly, they hold their own, far more than what their specs might suggest. Needless to say, though, the overall tonal balance improved greatly by setting the crossover point to 80 Hz and adding some sub support.  ”

Posted by hometheater365 in LoudSpeakers, Video on January 9, 2020

Posted by hometheater365 in LoudSpeakers, Review on January 3, 2020

For most of my listening, I disconnected the Gray Sound subwoofer so that I could focus on the sound of the Stealth Acoustics LRX-83s on their own. I have been playing with Sonos for whole-home audio for the first time (I know, kinda late to the game) as I wanted to do something a little different in the new house. The source that I have been most compelled by is Amazon’s new HD Music, which offers a wealth of audiophile-quality streaming for $15 a month. I haven’t gotten that deep into Sonos and all of its streaming music options just yet otherwise, but Amazon HD provides a lot of diverse tunes at seemingly good resolution.” 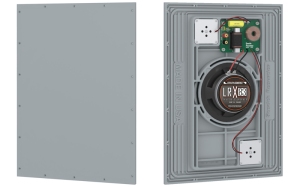 Klipsch has divided the RP-8000F horn into two sections by the copper ring embedded into the horn. The inner section is a conical plastic piece which serves as the throat of the horn, and the outer section, the mouth of the horn, is a softer silicone piece that takes on a more orthogonal shape. The softer silicone material of the mouth is used to avoid bell resonances in the horn. The throat of the horn is a round conical shape in order to reduce early diffractions as the soundwave leaves the tweeter diaphragm. The squarish mouth shape governs its dispersion pattern. A 1” titanium dome tweeter is used to load the horn, and it uses what Klipsch calls the ‘Linear Travel Suspension’ system which is a carefully designed suspension that allows for larger excursions of the moving assembly before the suspension thwarts linear motion thereby incurring distortion. Titanium seems like a natural choice for the diaphragm material since the horn-loading and lower crossover point might be more than softer dome types such as fabric could withstand. The rear chamber of the tweeter is vented to allow backwave energy to better dissipate instead of being reflected back into the diaphragm which would also increase distortion.” 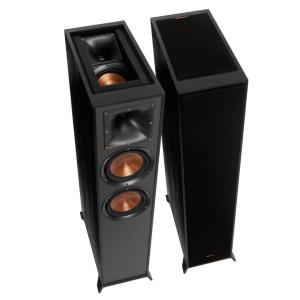 Posted by hometheater365 in LoudSpeakers, Video, Video Review on December 21, 2018

Posted by hometheater365 in LoudSpeakers, Review on September 7, 2018

The AS-61s’ sound impressed me immediately. With good source material their top end was neutral—neither rounded off nor overcooked. Sibilants were clearly defined but unexaggerated (or at least as natural as close-miked vocalists can be). Lightly brushed cymbals, delicate finger sounds on guitars, the sheen of stringed instruments, and a singer’s preparatory breath intake at the beginning of a vocal track were all beautifully captured. The imaging was solid, and the sense of depth (when present in the recording) was satisfying.

The Adantes excelled on voices, both male and female, pop, and classical. Leo Kottke’s album My Father’s Face has long been one of my favorite reference discs for how clearly it shows off Kottke’s crisp guitar playing and distinctive voice. The latter isn’t his strong suit, but I’d be surprised to ever hear it sound better than it did on the AS-61s. The balance there, and with other vocalists including Nils Lofgren, Holly Cole, The King’s Singers, Sinne Eeg (if you like great jazz vocals, check out this Danish star’s recordings), Jose Carreras, and Leontyne Price, was superb

o push the speakers harder at a more constant level like would be seen in rock or pop music recordings, I threw in an oldie but goodie (for me, at least), “21rst Century Jesus” by Messiah, a techno/rock act by the British duo Mark Davies and Ali Ghani. This music is much more consistently loud than Sarah McLachlan or The Choir of King’s College performance of St. Matthew Passion. It has a lot more bass and a lot more treble than McLachlan’s ballads or an orchestral choir, and here is where the shortcomings of the MP65RT became more apparent.” 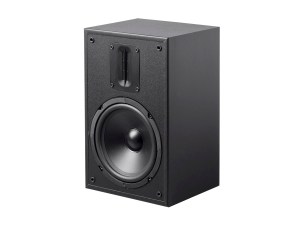 Home Theater 365
Create a free website or blog at WordPress.com.